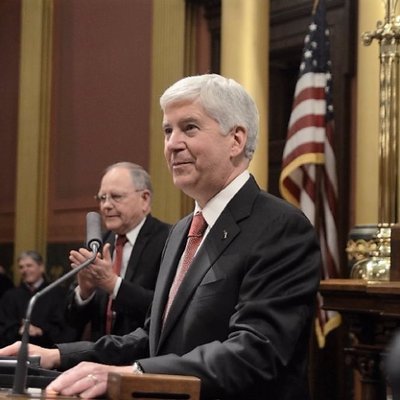 FLINT, MI – Madrina Wells, a nurse at the Genesys Regional Medical Center, first tried to exercise her right to end all union dues deductions from her paycheck in December 2018, in accordance with Michigan’s Right to Work Law.

But, for well over a year now, the Teamsters union bosses at her workplace have continuously violated that right and kept requiring her to pay union fees. Finally, in December, she filed a lawsuit against them with free legal aid from National Right to Work Foundation staff attorneys.

According to the complaint filed in Genesee County Circuit Court, Wells resigned her union membership in February 2018 and requested that Teamsters officials cease all dues deductions from her paycheck in December of the same year.

Notwithstanding her request, Teamsters bosses sent her a letter in January 2019 demanding that she pay them non-member forced fees after she returned from a stint on medical leave, which she had begun in December 2018.

Wells resumed work in July 2019, and sent a letter to Teamsters officials “renewing her objection” to tendering any dues or fees whatsoever to the Teamsters hierarchy. Teamsters bosses again rebuffed her request and subsequently demanded forced fees from Wells for July through December of 2019, all in clear violation of her rights.

Wells responded to each demand by reiterating her objection to the illegal fees, but submitted the fees demanded by Teamsters bosses under protest. Even so, Genesys Regional Medical Center not only deducted the Teamsters’ so-called “agency fee” from Wells’ paycheck in August 2019, but also seized the full amount of union dues from her paycheck in October.

Scores of Workers Turn to Foundation After Right to Work Enacted

Since Michigan’s Right to Work Law went into effect in 2013, Foundation staff attorneys have provided free legal aid to Wolverine State workers in over 120 cases.

In 2018, Foundation staff attorneys won a settlement for Port Huronarea public school employees Tammy Williams and Linda Gervais, ending dues demands made by the Michigan Education Association union (MEA) in violation of the Right to Work law. To date, as a result of that settlement, over 20 Wolverine State teachers have been freed from illegal dues demands.

“Once again Michigan union bosses have been caught shamelessly violating the Wolverine State’s Right to Work law,” commented National Right to Work Foundation Vice President Patrick Semmens. “Foundation staff attorneys will continue the fight until all Michigan workers can freely exercise their right not to fund unions they fundamentally disagree with.”