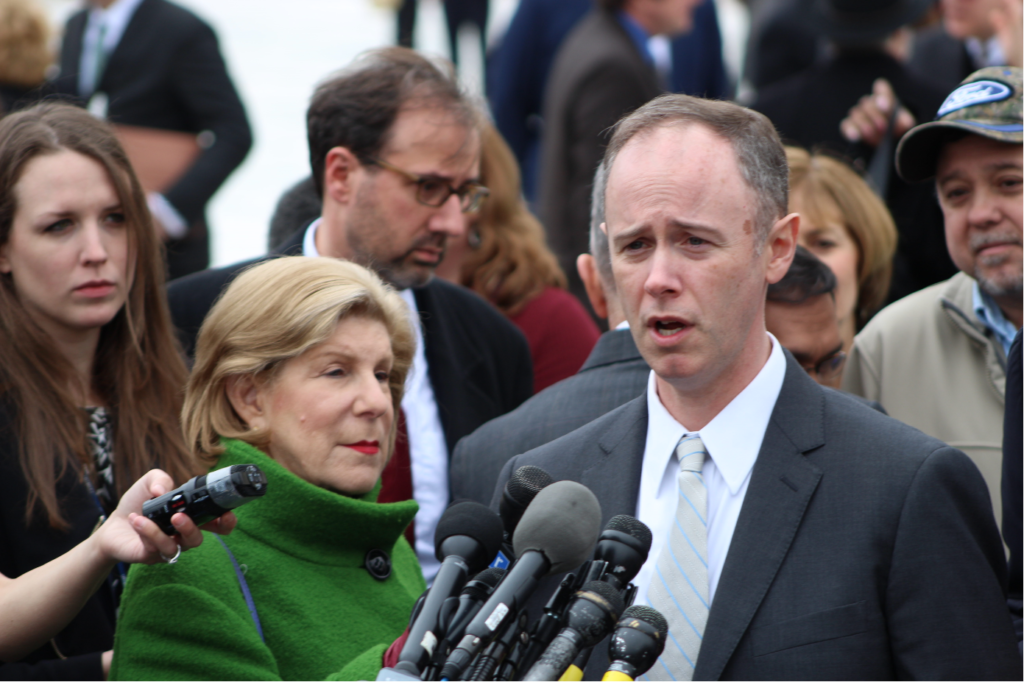 CHICAGO, IL – Although Janus v. AFSCME secured a landmark victory at the U.S. Supreme Court for government employees’ First Amendment rights, Mark Janus’ case is not over because AFSCME union bosses have refused to return the funds taken from him in violation of the First Amendment.

Janus’ attorneys from National Right to Work Foundation and Illinois-based Liberty Justice Center have completed briefing with the Seventh Circuit Court of Appeals on the issue of whether union officials can keep money they seized from non-members in violation of their constitutional rights. The case is likely to mark the first time an appellate court will rule on the issue, potentially establishing a precedent that could result in the return of hundreds of millions of dollars seized by union bosses in violation of the Janus precedent.

The Supreme Court’s June 27, 2018, decision in Janus’ favor found that any union fees taken from workers like Mark Janus – who was not a member of AFSCME – without the workers’ affirmative and knowing consent violate the First Amendment. Justice Samuel Alito wrote for the majority that compulsory fees “[violate] the free speech rights of non-members by compelling them to subsidize private speech on matters of substantial public concern.”

The Supreme Court sent the case back to the lower courts to determine, among other things, whether Janus is entitled to all the union fees he was forced to pay since March 23, 2013.

Janus’ appeal comes after a district court judge ruled that union officials are not required to refund forced fees seized from non-member workers prior to the Janus decision.

“Just like a thief would not be allowed to keep the money he stole, union bosses must be forced to return funds unlawfully seized from workers,” said National Right to Work Foundation Vice President and Legal Director Ray LaJeunesse. “It would be a massive injustice to deny workers victimized by Big Labor the refunds to which the Supreme Court made clear they are entitled.”

Janus will likely be the first case in which an appellate court will evaluate the so-called “good faith” defense that union lawyers have asserted in response to worker lawsuits seeking refunds, arguing that union officials should be allowed to keep funds seized prior to the Janus decision.

This contention has generally succeeded in lower courts despite the Supreme Court asserting that union bosses have been “on notice” for years that mandatory fees likely would not comply with the heightened level of First Amendment scrutiny articulated in the Supreme Court’s earlier Knox v. SEIU decision, also won by Foundation staff attorneys.

Mark Janus is asking the Seventh Circuit to rule that he is entitled to refunds of approximately $3,000 in fees he was forced to pay since March 23, 2013, as the statute of limitations permits. In addition, the case has significant implications for dozens of other cases being litigated around the country for hundreds of thousands of other workers seeking the return of forced fees seized unlawfully by union officials.

Foundation staff attorneys are currently litigating over a dozen such cases that collectively seek over $120 million in refunds for non-members forced to pay union fees before Janus. Other ongoing lawsuits and potential cases could result in half a billion dollars or more returned to government workers from union treasuries.

“The Janus case is a milestone of worker freedom, but union bosses continue to block workers from exercising their rights and deny workers refunds for dues and fees seized against their wishes,” said LaJeunesse. “We hope the Seventh Circuit Court of Appeals will follow the clear logic of the Supreme Court’s decision in Janus and establish that union bosses cannot profit from violating workers’ First Amendment rights.”

Posted on Sep 1, 2019 in Newsletter Articles